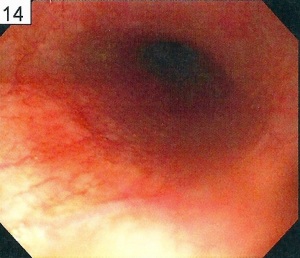 I met with Dr. M2 (gastroenterologist) to talk about having an upper endoscopy and a colonoscopy to try to solve the internal bleeding mystery.  I really liked her and she urgently fit me into her schedule.  She was very concerned because IHNFP (I Have No F-ing Platelets), so she confirmed the need to have another platelet transfusion immediately prior to the procedures.  All of my docs have warned me not to handle anything sharp, always to wear shoes, and not to injure myself, due to the dangers of having some serious bleeding issues due to my almost non-existant platelets.  I always ask them if I have to put my knife juggling act on hold.  She liked my funny joke and I welcomed her to my team.  S!IDHED  (Sh*t! I Don’t Have Enough Doctors)

It’s probably safe to say that I was the only one on the planet to have a platelet transfusion (#8), followed by an upper endoscopy, followed by a colonoscopy, followed by moving my son into his college apartment yesterday.  My advice to anyone considering doing the same:  Try to avoid finishing  your colonoscopy prep while transfusing!  Even though the IV pump can be unplugged and your unit of platelets can be wheeled down the hall to the little girls’ room, still pumping into your vein on battery power, it is NOT a comfortable situation.  Those of you who have prepped for a colonoscopy know what I’m talking about 🙂

Dr. M2 gave me special permission to drive up to Los Angeles right after my procedures to be a part of Rex’s move in day.  She took 3 biopsies of my stomach and 3 of my esophagus (small ulcers, probably caused by the Prednisone), but she let me go as long as I promised not to lift anything and just sit on Rex’s bed while the boys put the room together.  I highly doubt the boys could have figured it all out without my gentle (barking) suggestions (orders) 🙂

31 thoughts on “More Platelets, a Pair of …oscopies and Move In Day”